Something a little bit different!

Morse Code is a method of communication invented in the 1850s by Samuel Morse.

It consists of combinations of dots and dashes, which represent both letters and numbers.

Using the code, you were able to send messages over long distances.

When the Titanic was sinking, the radio operator sent the first S.O.S. distress call to other ships in the Atlantic.

Morse code was used in radio communications and then in the 1930s, it was used during wartime by pilots and other soldiers to better get messages out into the battlefield. This was especially important in World War II, when the warships and naval bases needed to be in direct contact with one another.

Your task today is to complete the Morse Code Challenge. You will have to crack some of these codes to reveal the messages, as well as making up some of your own.

There is a link below which will take you to a video. This will explain the technical side of Morse Code in more detail. 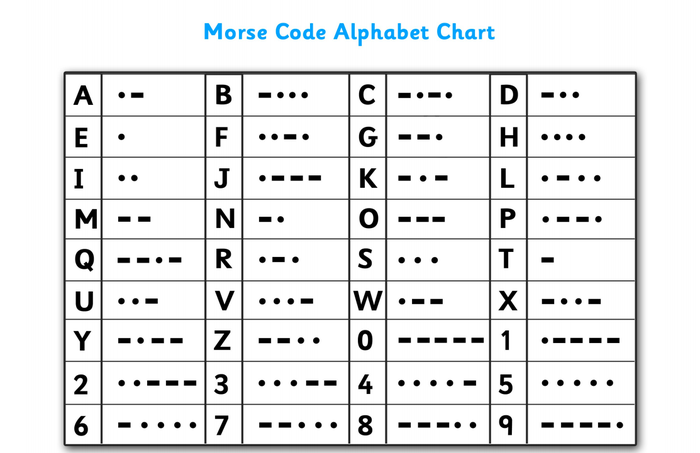 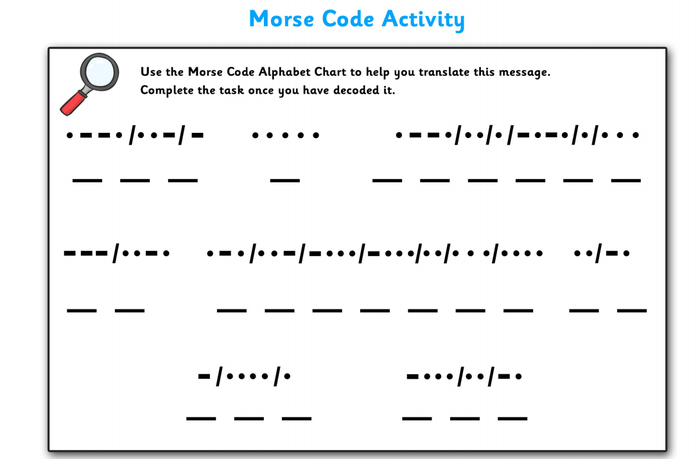 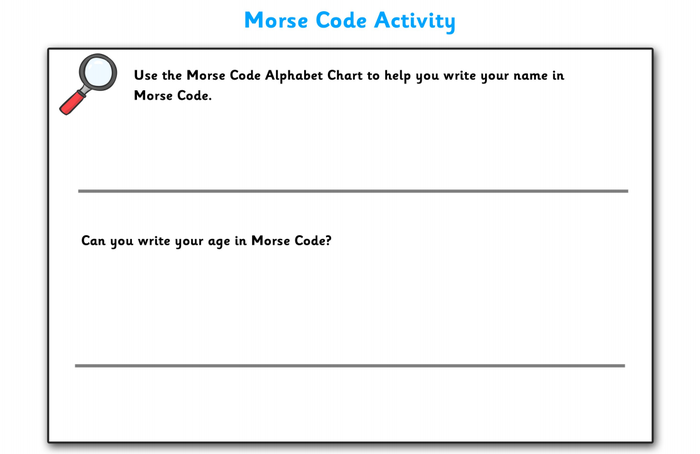 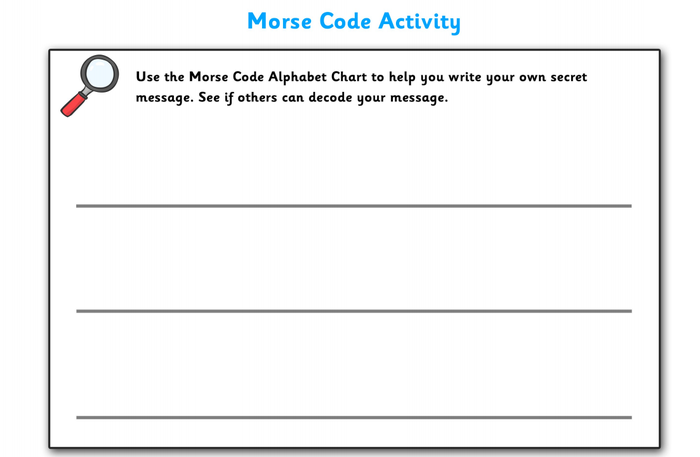 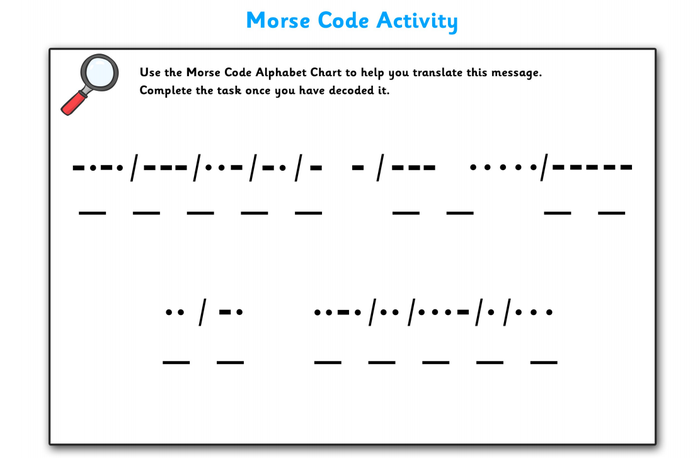