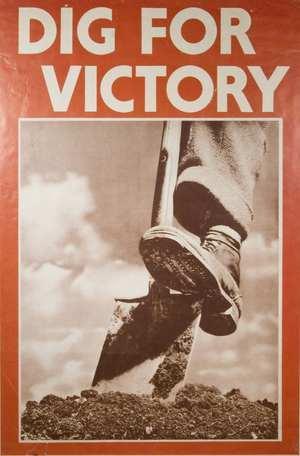 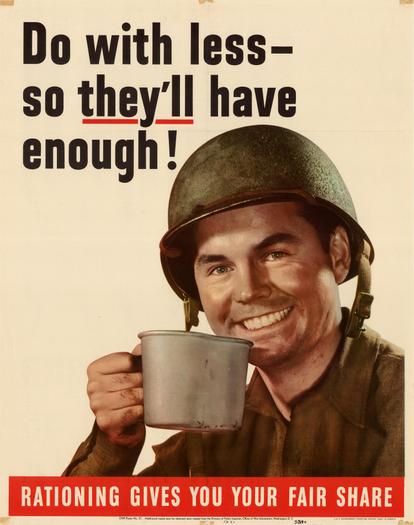 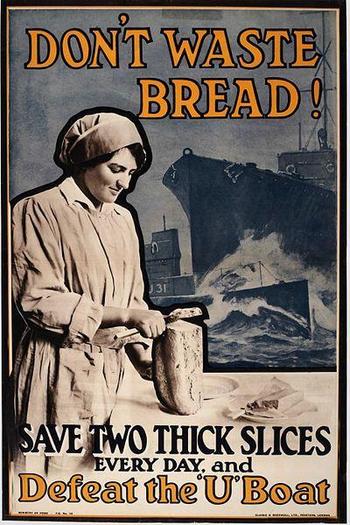 Rationing was a way of ensuring that everyone in the country was given enough food.

During the war, ships carrying food from different countries to Britain were often attacked and sunk by German submarines.

This meant that many types of food were unavailable and the Government needed to make sure that food was shared out fairly.

Click on the word rationing below and it will take you to a short video.

The PowerPoint will also give you some more information and will be useful when completing your written work. 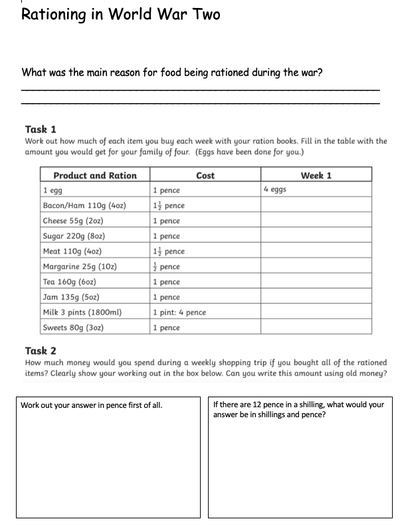 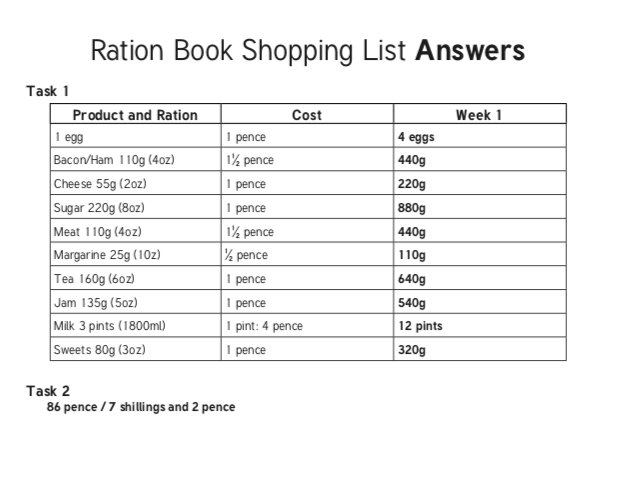