Something a little bit different!

Time for some Geography...

Now that we you have learned about the different countries that were involved in the Second World War (the Allies and the Axis), we would like you to have a go at spotting these countries on the map.

It would be great if you could print off the map below. Now, take some colouring pens or pencils. This will form the colour code or 'key' for your map.

colour in the powers in the following colours:

Green for The Allies

Red for The Axis

Pink for the Axis Controlled countries *

Yellow for the Neutral countries

* An Axis Controlled country is one that is on the side of the main Axis powers (Italy, Germany and Japan).

Use the list that can also be found below to help you colour in the different countries on the map correctly. 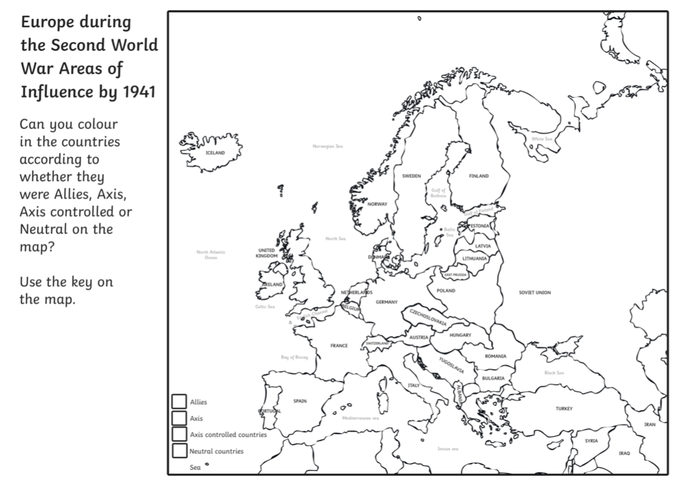 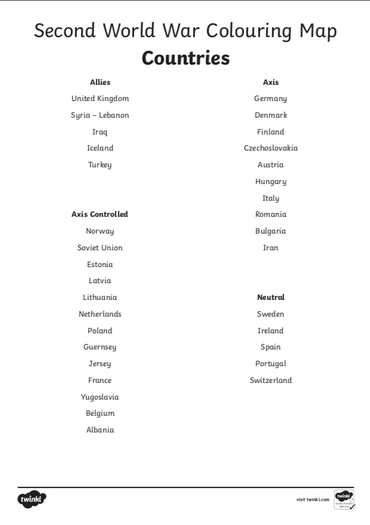 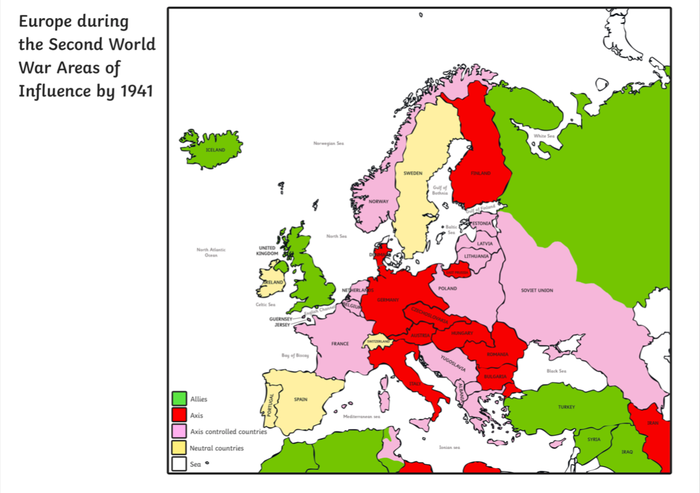